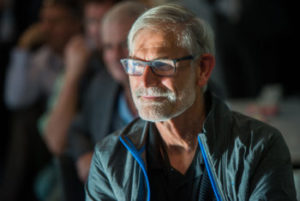 Pallet user guru, Rick LeBlanc explores the relationship between pallets and tracking technology in a world where the Internet of Things is becoming a reality. Are the traceability rules changing?

Pallet Enterprise has been reporting on RFID and pallets for almost 20 years, and we have covered the highs and lows, from the ill-fated Walmart compliance initiative to iGPS pallet tagging and beyond. Today, new Internet of Things (IoT) technologies are replacing RFID in some applications such as pallets, but RFID remains relevant. The RFID market is still growing to the remarkable tune of 35-40% annually and has found traction in applications such as inexpensive passive tags for retail items and elsewhere. Case in point, there are probably 30 to 40 parts in your car that have RFID tags, not to mention one in your passport.

Recently, there are some trends at play that are now making the tracking of pallets and containers more exciting for users and providers alike. In case you haven’t been following the latest news, here’s what you should know.

Trend #1: IoT projected to boom to the tune of 50 billion things being connected by 2020. It seems likely that as businesses more fully understand the value proposition of asset visibility for a multitude of applications, it is more likely that pallets will get swept up in that trend. I’m not sure if I got the importance of visibility until I started using apps like Google Maps and Uber on my phone. Now, I don’t know if I could get through the day without them.

To take a step back, the Internet of Things is not a new term. It has been around since 1999, and initially referred to the connecting of devices to the Internet through RFID. IoT now includes other technologies, such as Bluetooth and cellular, which have the potential to provide better, lower cost solutions for pallet and container tracking in some applications.

Trend #2: Easier and cheaper adoption of tracking technology. The Swedish analyst company Berg Insight recently ranked the global 10 billion pallet market as the most promising greenfield IoT application for LPWA (Low-power wide-area) cellular and non-cellular technologies. The new technologies are said to be cheaper and much easier to deploy than active (battery powered) RFID solutions, and unlike RFID, do not require nearby readers or interrogators to work. RFID can be a great fit for relatively simple supply chains such as a Tier supplier to a manufacturing plant, or for clothing in a fashion store. When you are talking about pool pallets or kegs that might be going to points of use numbering in the hundreds or thousands, some of these new technologies are poised to make gains.

“The industry target cost for ultra-low cost IoT tracking sensors is US$2-5 for the hardware part and perhaps US$10 for the complete solution,” Tobias Ryberg of Berg Insights explained to me. “This is achievable once volumes can be projected to grow from millions to hundreds of millions. Communication costs will be very low and probably included in the selling price of a pallet sensor designed for a few years’ life. Network revenues will at most be a few US dollars per year.”

He suggested that pooling systems, as well as high value and highly regulated pallet applications, should be the first adopters.

Some of the recent cellular and Bluetooth pricing models I have heard or read about aren’t quite priced in this range yet. They include:

In the pallet world, one early adopter of cellular for tracking has been composite pallet manufacturer and rental provider RM2. It has launched its ELIoT (Electronic Link to the Internet of Things) offering in conjunction with pallet rental, after having partnered with AT&T in trials, which is an LTE-M cellular application.

“RM2ELIoT gives our clients the ability to capture and analyze large amounts of geo-location data in their supply chains down to the pallet level,” David Simmons, chief technology officer for RM2, was quoted recently.  “This level of visibility and granularity can reveal new ways of managing supply chains, identifying bottlenecks, handling product recalls, improving security and highlighting many other supply chain inefficiencies.”

RM2 will also include a RFID tag along with its custom built LTE-M unit. The IoT connection will provide information including Pallet ID, longitude, latitude, date and time. More information can be written to the RFID tag if desired.

In latter May, AT&T announced that it has completed deployment of its nationwide LTE-M network ahead of schedule. It said that this system would enable a new generation of IoT devices and applications. In conjunction with the announcement, it quoted IoT monitoring at $1.50 per device per month, and pricing for its LTE-M modules, including a SIM card, for as little as $7.50 each. I asked about pallet tracking. “Yes, the $7.50 LTE-M module that AT&T announced is a valid option for an application such as pallet tracking,” I was told by an AT&T spokesperson. “Once the battery, housing, PC board, and other components are added to make the final device, the price will certainly be higher; however, we’re not able to comment on final device prices.”

One example of the IoT in collaboration with wood packaging has been a trial in France involving a cellular IoT solution from the provider ffly4u and wooden cable reels. Over an 18-month trial involving 100 reels, the cable provider received an estimated direct cost reduction of 20% due to better asset management, as well as other benefits such as confirming how much cable was on the reel, or that the right reel was at the right location. The project is now being expanded to thousands of reels.

To reiterate, there are two, converging forces at play. One is the growing appreciation for the value that visibility can bring to a host of different applications, including supply chain. The other force is that IoT technology is getting better, easier to deploy, and cheaper. The strength of those trends collectively will help shape the future relationship of IoT and pallets.